Espoo Otaniemi boomed of startups and investors when Invest Tech Finland was held for the first time on last Tuesday and Wednesday. There was a real mix of companies from all round consumer web, nano, medical and material tech.

We got some taste of new startups, more seasoned companies seeking growth and some familiar faces marching forward with their plans. There were quite a few interesting companies to write about, the full list can be found here – check these out. Note that most of companies presented at the event already had some prototypes, partnerships, customers or revenues. Here is some of my picks (not in any particular order):

Powerkiss a Finnish startup, established in 2008, offers a integrated wireless charging solution which releases the user from wires and cabels. Using resonance induction(electric toothbrushes) power can be charged wirelessly and without a fear of electricution. System consists of charging module for furniture and charging sticks which are currently available for micro-USB phones.

There is definitetely competitors in this space and also big electronic companies probably planning rolling in their own products. Key question is that can all agree on some open standard so we don’t end up with carrying all these different sticks instead of cables. There has been some attempt from leading mobile and electronic manufactures to tackle this problem

What makes Powerkiss unique from other wireless charger competitors is their aspiration to integrate with furniture and surroundings – to declutter our living and working spaces. Company has already done pilot products with Finnish furniture companies like Martela. So hopefully someday you can buy a IKEA desk with charging module to keep your Macbook running while working.

Just in couple of years Suntrica has been able to become a leading supplier of solar charging systems for mobile and electronics industry. Flexible and lightweight ‘pads’ gather solar energy into a internal battery for instant or later usage. For example you can charge mobile phones, MP3 players, GPS devices and digital cameras while hiking in the woods or enjoying some outdoors music festivals.

Products can be already bought on some Finnish ecommerence stores starting from about 30euros and Suntrica says that they’re aiming for one digit price point in couple of years. What strikes me is their ability to develop, design and go to market with a good quality consumer product in relatively short time.

Dodreams provides a multiplayer games as a service for media partners taking out the hassle of building and running online game systems and tournaments. Core offering is around a tournament system that can be integrated into any multiplayer game, allowing competitions and cash prizes. First production partnership was made with Finnish TV channel MTV3, a F1-tournament using downloadable Live for Speed as the actual game.

Partnerships with media provides or brands could be a way for e-sports getting more attention and acceptably(and money) from the traditional world. It’s probably the fastest growing form of completive ‘sports’ and yet only a few hardware companies have found this being a lucrative business opportunity. At the rate that young and young adults are playing multiplayer games I think we’re going to see massive growth of e-sports in coming years.

There were also some familiar startups for ArcticStartup readers presenting at the event like Dopplr, Everyplay, Kuneri, Scred, Zokem and Zipipop. These were also generally the best pitchers – practice and wast amounts of information available on the internet seem to help.

Some companies still don’t realize that every public encounter is a marketing opportunity – for investors and for customers. The key here is to hold attention, tell the story and generate interests even when you’re dealing with some initally less exciting products. For example Luxdyne did great with job presenting the problem with optical signal range and bandwidth and how their solution helps using clear animations.

VC and other investors at the event agreed on that Europe is very much happening and the power shift has already started from the US. You can listen the panel discussion on GrowVC blog. There was also over excitement of numbers of scientist available and relative size of investment in R&D in Finland and in Northern Europe. Though question is that do these numbers actually matter while founding and building new startups. 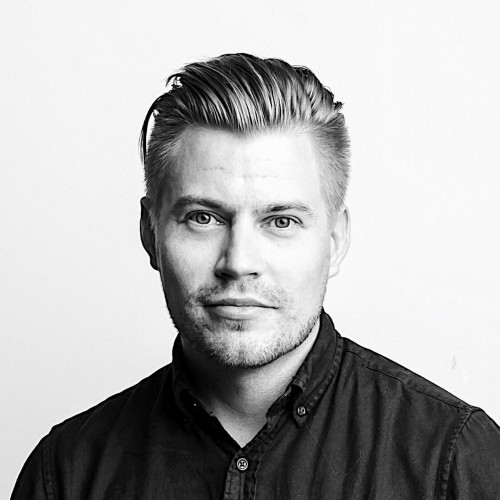